Renovated apartment for sale in the center of Stara Zagora

The apartment consists of a kitchen, a living room, two bedrooms, two terraces, (one goes around the entire length of the apartment), a bathroom with toilet, second toilet, closet, a spacious hallway and a separate space for a washing machine and dryer.

The exposure is towards north / south. The apartment is completely renovated, isolated, with replaced plumbing and wiring. It has three-phase electricity. The windows are six-chamber, with triple glazing. There is an armored front door, internal MDF doors. Each room has built-in communications for internet and TV. Three of the rooms are equipped with inverter air conditioners with Wi-Fi control. The kitchen has built-in appliances - dishwasher, oven, hob.

The apartment is located on the 2nd floor, in an 8-storey building with access control and elevator. In the immediate vicinity there are nurseries, a kindergarten, a school, two parks, the Lake Zagorka, the mall Gallery, as well as two large supermarkets.

The apartment also has an adjoining basement. There are three large parking lots around the building.

New apartment for sale with a garage in Stara Zagora

We are selling a spacious, one-bedroom apartment with garage located in the town of Stara Zagora. The apartment is new construction, furnished and equipped with new furniture and appliances. The building is located on a quiet street in the Ayazmoto area, close to the center of the town. In close vicinity, there are also schools, hospitals, tennis courts and public transport stops. The property has a total area of ​​87 sq m. The apartment itself is 68 sq and there is also an adjoining basement of 4.9 sq m and an inside parking space with area 19 sq m. The apartment consists of one bedroom, a spacious living-dining room with a kitchen box, an entrance hall, a bathroom with a toilet and a terrace. The price includes all the equipment you can see on the photos. The apartment is ready for immediate use. 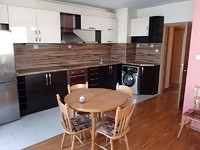 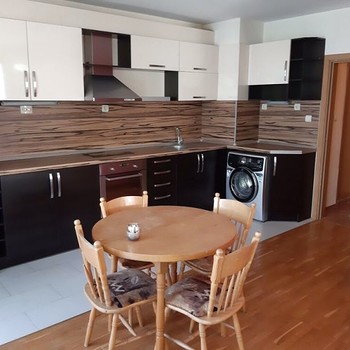 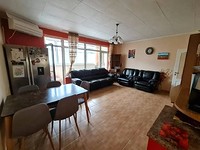 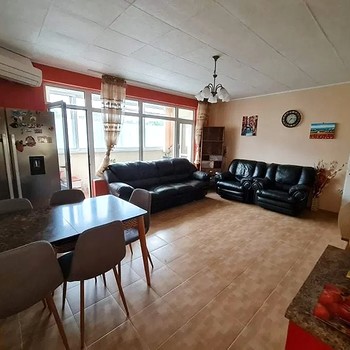 The following advert is for a spacious, two-bedroom apartment, located in the center of Stara Zagora. The apartment is part from a new, boutique residential building, completed in 2015. The building is set on a quiet street with top location close to the Trade School. All necessary amenities are available nearby. The property is completed to meet the Bulgarian standards – plastering and putty. This allows the future owner to make any readjustments and finishing according to his own liking. The apartment is supplied with gas. There is solar system and many other improvements. The apartment has total living area of 138 sq m. It faces east, north and west. It consists of a spacious living room with kitchen box, two bedrooms, bathroom with WC and two large panoramic balconies. The building has hydraulic elevator. There are only two apartments per floor. 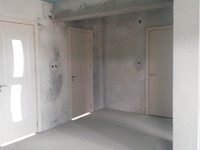 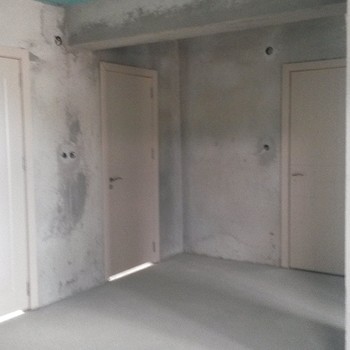 In March 2010 starts the reconstruction of second and third class roads 28/10/2009
In March 2010 must start the reconstruction and rehabilitation of the second and third class roads in 14 projects in OP Regional Development. They are under priority "Regional and local accessibility, operation 2 of the " Regional and local road infrastructure". This became possible after the...
The investment in quality home is always stable 09/06/2011
Buying a home from an average high and high grade can always be seen as long-term investment because the value of such properties is maintained and even increased with time. If you are looking for property for investment purposes, the highest yield in the market have small shops in the...
Bulgarian property ::  Недвижимость в Болгарии ::  Proprieta in Bulgaria ::   :: Towns in Bulgaria :: Property renovations :: Services and Fees :: Bulgaria Property FAQ :: Map Search :: About Bulgaria :: Mortgages :: Property insurance :: Testimonials :: Contacts :: Disclaimer :: Mountain properties :: Golf properties :: Lake properties :: Rural properties :: Properties in Beach Resort :: Properties in Ski Resort :: Properties spa Resort :: Apartments in Bulgaria :: Land in Bulgaria :: Houses in Bulgaria :: Bulgaria property investment ::
© Best Bulgarian Properties Ltd. - All rights reserved
Renovated apartment for sale in the center of Stara Zagora