This is a large traditional house for sale, built in 1780 near the town of Gabrovo.

The garden area is 1400 square meters. The property consists of two houses. The larger house has total living area of about 350 square meters and was declared as a cultural monument in 1974. The smaller one is approximately 100 sq m. Both houses are fully renovated and have new wooden structures, replaced roofs and installations.

The bigger house is on two levels. The first level is entirely made of stone with walls 70 cm thick and stone floor. It consists of two rooms – two wineries with area 70 sq m and 30 square meters. The second level consists of a large room with fireplace - used as a living room, two rooms used as bedrooms and a fourth room, so called women room used for spinning, weaving and more. All rooms are fully equipped and furnished with original antique furniture. There are three attics - 30 sq m, 15 sq m and 10 sq m.

The second house has preserved its exterior architecture, but inside it is fully renovated and offers all the modern amenities. It consists of two bedrooms, kitchen, shed, bathroom, separate toilet and a hallway.

The garden is divided into two parts, completely surrounded by a stone wall with two large monastery gates. One part of the yard has stone slabs and the other is formed with lawns and cobbled walkways.

Spacious furnished office for sale in the town of Gabrovo

We are selling a luxurious, fully furnished office, consisting of two separate spacious and very bright rooms of about 30-35 square meters each, without columns. The office also includes a fully equipped kitchen box and its own bathroom. The clean living area of the property is 86 sq m. It is located on the first floor in a lively, business building with elevator and security. The office is sold fully furnished, ready to move in. All necessary amenities are included: workstations, meeting room, large storage area, security system, wiring, internet, video surveillance and telephone. The heating is provided with air-conditioners. The rooms are comfortable for any kind of business. 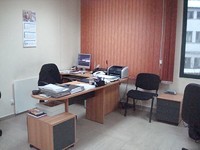 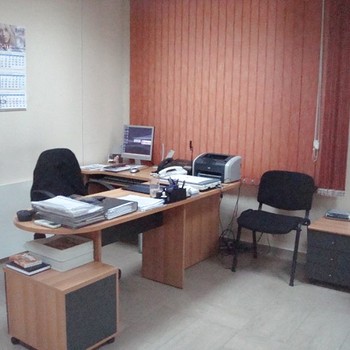 House for sale near Veliko Tarnovo

We would like to bring to your attention this newly built, two-storey house, located in Dryanovo municipality, Veliko Tarnovo district. The house has total living area of 130 sq m spread on two floors. It is offered unfurnished, comprises of three bedrooms and three bathrooms. It is built on a plot of land with size 2222 sq m. The property is located only 15 km away from Veliko Tarnovo The building offers very convenient and functional distribution of the premises. The first floor consists of a living room with kitchen, bathroom and a large veranda overlooking the garden. The second floor comprises of three bedrooms and two bathrooms. The house has isolation, PVC windows, laminate flooring. The village is located in north-central Bulgaria and is part of Dryanovo municipality. The area is known for its favorable climate, clean environment and fresh mountain air. 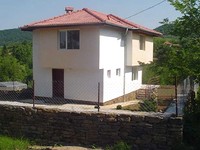 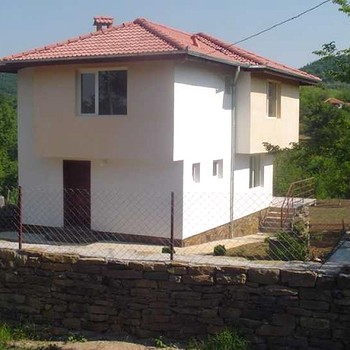 Three story house for sale in the town of Gabrovo

The house is sold with a spacious plot of land of 413 sq m, and the total living area itself is 306 sq m. The building is two-storey, with a large attic floor above them. Each of the two residential floors consist of a spacious lounge with a terrace, a living room-kitchen, three large rooms, small kitchen and utility room. The attic floor has 2 large rooms with a spacious terrace and a small balcony. The foundations of the house are made of stone and reinforced concrete. There are concrete slabs between the floors. There is a separate reinforced concrete staircase for access to the second and attic floors. The ground floor is in very good condition and the second floor is for major repairs. In the yard there is a garage of 18 sq m with canal and an additional outbuilding of 24 sq m. 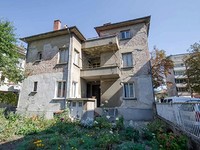 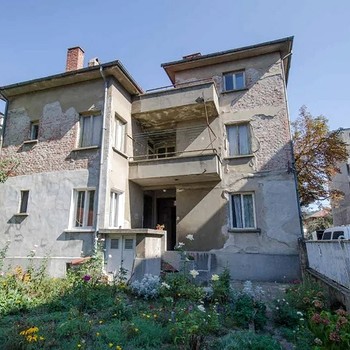 Residents Of Sofias Mladost District Protest Against Construction Plans 21/06/2008
The initiative committee of Sofia’s Mladost district’s residents, together with Zelenite political party (Bulgarian Greens), will stage a rally on June 23 at 7pm in front of the Mladost district hall to protest against the district's urban plan, which envisions building up areas between blocks...
Interest rates not expected to drop anytime soon 13/01/2009
If they do drop, it will be by a little at the end of the year, experts predict. There will be no return to the credit levels in 2006-2007. Considering that fiscal resources are still expensive and the interest on deposits is maintained at high levels, the interest on loans and credit products...
Bulgarian property ::  Недвижимость в Болгарии ::  Proprieta in Bulgaria ::   :: Towns in Bulgaria :: Property renovations :: Services and Fees :: Bulgaria Property FAQ :: Map Search :: About Bulgaria :: Mortgages :: Property insurance :: Testimonials :: Contacts :: Disclaimer :: Mountain properties :: Golf properties :: Lake properties :: Rural properties :: Properties in Beach Resort :: Properties in Ski Resort :: Properties spa Resort :: Apartments in Bulgaria :: Land in Bulgaria :: Houses in Bulgaria :: Bulgaria property investment ::
© Best Bulgarian Properties Ltd. - All rights reserved
Authentic 200 year old renovated house for sale in the mountains near Gabrovo