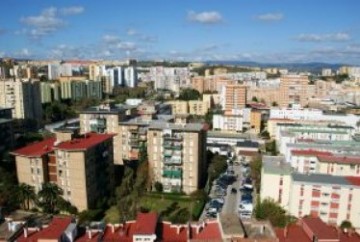 Bulgaria has moved up to 26th place on the growth of house prices in the global ranking of online publications of leading property guides. In the first quarter, annual growth in house prices in the country has picked up to 2.3%, compared to the previous three months - to just over 1% (with inflation).
The growth is due to deflation in the Bulgarian economy since August last year, in February exceed 2.5% annually, and then slowed to 1.6% in April. Soon NSI (National Statistics Institute) will deliver data for May.
In nominal terms in the first quarter prices in the country have remained almost unchanged on an annual basis (reporting a decrease of 0.05%), compared to the previous quarter when registered a growth of 0.22%.
In the first three months of last year was reported annual decline in house prices of more than 4.5% and 0.87% compared to the previous quarter. This places our country in seventh place at lower prices and at the bottom of the overall ranking.
Dubai remains the leader in the ranking of the Global Property Guide on growth of house prices. Increase year on year in the first three months of the year has accelerated to 31.57 percent compared to 17.9 percent at the same time last year (adjusted for inflation). For the period from January to March compared to October - December 2013 increased in house prices in the emirate almost 9.6%. Nominally growth reaches 34% and 10.13%.
The second hottest housing market in the world is the Estonian capital Tallinn, where the first quarter is a growth of housing prices by over 20 per cent annually compared to 5.6% for the same period last year. The increase for the quarter was 6%.
The third position is for Taiwan with growth of 11.28% and 1.66%. Top ten hottest housing markets in the world is complemented by Beijing (China), the Philippines, New Zealand, Australia, Ireland, Iceland and Britain.
Greece is the last place in the overall ranking and a leader in drop in house prices for the period January – March. The annual decline in prices, however, continued to slow down, for the period up 7% compared to 11% at the same time last year. Only quarterly decline was minimal - 0.3%.
Decline in housing prices in Spain also continues to slow down, as for the first three months of the year and reported a slight increase - from 0.54%. On an annual basis, however, the decrease reached 5.4% (compared to 12.8% a year earlier), ranking the country second largest decline in housing prices.
Russia completes the top three declining markets with annual decline in house prices by 5.15 percent compared to 0.3 percent a year earlier and 2.86% for the quarter.
Worsened the situation in the housing market in Ukraine, where after rising 7.83% in prices in the first three months of last year at the beginning of this reported decline of 3.5% annually.
The boom in global housing markets continued in the first quarter, comment the property guidelines. Despite strong growth rates reported in Asia, however, the markets in the region apparently delayed because the interventions of the authorities. This is the main reason "the action" shift to the Gulf States and to some extent - to Europe (Ireland, Britain and the Baltic countries). Among the strongest European markets rank even Austria, Sweden, Switzerland, Turkey, Germany and others.
30 market reported growth in the first three months of the year was stronger compared to the growth rate of the same period last year.
The analysis predicts that housing prices globally will continue to accelerate in some countries they are expected to recover to pre-crisis levels.
But the document states that many housing markets are overvalued and is a correction, the more that very government began to implement measures to "cooling" to avoid the burst of new housing bubble.